Get to Know Us

Apply for an Opening
Make An Appointment From Humble Beginnings to a Trusted IT Adviser With International Reach

Once upon a time in Louisville, Kentucky, four IT engineers got together. Karen, Barry, Craig and John talked, and they decided that they wanted to help others to be more successful through leveraging technology in their businesses. They decided the best way to do that would be by building a technology services company that was for engineers, by engineers. And so Mirazon was born in 2000.

Karen, Barry, Craig and John worked diligently to make Mirazon a success. They built an IT company that treated its staff the way they always wanted to be treated. Happy engineers made happy customers. Karen has always said, “We are a customer service company that just happens to do IT.”

And so Mirazon grew.

At its infancy, Mirazon was strictly a professional services organization, mainly around the Microsoft ecosystem. But, as Mirazon’s client base grew and clients became more sophisticated, there was more and more need for a one-stop-shop for products and services. New technologies like virtualization hit the market, and Mirazon engineers worked to incorporate these groundbreaking solutions into their clients’ environments.

And so Mirazon became a value-added reseller.

As Mirazon was continually brought in to help clients out of tough spots or to address emergencies, Karen, Barry, Craig and John thought to themselves there had to be a better way. Why not provide a full-service IT solution for a flat, monthly rate that would be geared towards proactive monitoring and maintenance to head off any damaging disasters?

And so Mirazon also became a managed services provider.

Mirazon’s fast growth, commitment to its staff, and laser focus on customer service brought in dozens upon dozens of new team members (and not to mention clients) over the years.

And so Mirazon became Best Place to Work honoree in both Louisville and Kentucky.

With offices in Louisville and Kansas City, Mirazon is very centrally located in the United States, which allows Mirazon engineers to easily reach their clients across the continent. Mirazon focuses on storage, virtualization, networking, Wi-Fi, Microsoft solutions, disaster recovery and business continuity, and overall technology strategy. In doing so, Mirazon has achieved elite partner status with many best-of-breed technology solution providers, such as Dell, Microsoft, Veeam, VMware, Citrix, DataCore, Violin, Fortinet, Cisco, and others. Additionally, Mirazon engineers are trained and certified in many of these technologies. This gets Mirazon clients much quicker response times on support. Mirazon engineers are also better empowered to stay up to date with these technologies and can easily diagnose and resolve any issues that may arise.

Day in and day out, everyone at Mirazon strives to live up to the name, a derivative of the Japanese word “miraizou,” meaning “vision of the future.” Mirazon has exceeded 60 employees, half of which are technically focused, and has served hundreds upon hundreds of organizations of all sizes. Mirazon continually becomes the right hand to many organizations when it comes to their technology.

And so Mirazon has become a premiere technology services provider.

The partners founded Mirazon in 2000 with the goal of becoming an engineer-lead company that the staff would be proud to be a part of. Our diligent research and development process ensures everything we recommend is easy to use, easy to own, and offers an excellent return on investment. 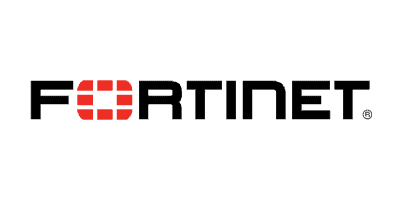